A League Of Nations 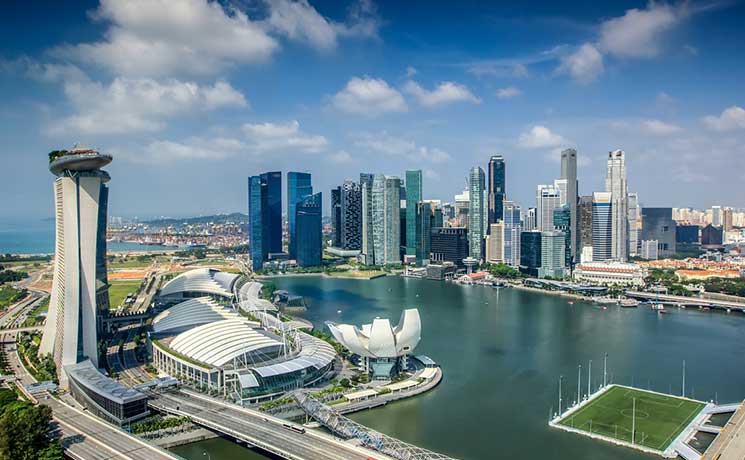 If you’re looking to invest in a startup, it’s not just your own hard work and planning that will determine whether you succeed or fail, but your geographical location too.

Small and medium enterprises are at the heart of Middle Eastern economies. And at the heart of the Middle East’s small and medium enterprises are great ideas. But, as anyone who has gone it alone will attest, well-conceived inspiration is not enough to make it in the unforgiving realm of entrepreneurship. If only the world and its web of red tape were that simple.

According to the World Bank’s latest Doing Business data, which investigates and ranks 189 countries based on the ease of starting and operating a business within them, the factors for entrepreneurial success—and in their absence, failure—are manifold. A solid insolvency system that allows people to fail, the ability to “give legal form” to a business idea, access to equity and credit, and straightforward processes for paying taxes are all essential for enterprises to flourish.

Here, two things are clear. First, fundamental to all of these factors are sound business regulations. Second, not all countries have them.

Shedding light on the world’s regulatory landscape, Doing Business considers how regulations can make or break a startup. The project uses 10 criteria and the major city (in some cases more than one) in each country as the basis for analysis, with data for this year bench marked to June 2014.

The results are wide-ranging, with some countries laying fertile ground for entrepreneurs to thrive, and others putting near-insurmountable obstacles in their paths. But it’s far from black and white: the top ranked countries don’t necessarily score high on all counts, while some of those languishing at the bottom of the list fare more than respectably on some fronts.

So, before budding entrepreneurs and their investors set out in search of the right street in the right part of town to set up shop, they might first want to take a step back and consider if they are in the right nation.

Of course, upping sticks and traveling half-way around the world in order to make your business idea a reality simply isn’t feasible for most of us, and many countries are not blessed with the necessary resources for enterprise to thrive. But, there are lessons to be learned by countries worldwide if they wish to retain their entrepreneurial talent—and ultimately the backbone of their economies.

In the global Doing Business stakes, Singapore presides in first place as the country most conducive to doing business. The ranking of the Southeast Asian city-state remains unchanged from 2014, as does its status visà-vis all but two of the 10 criteria. Getting credit and protecting minority investors have slipped three and one places, respectively, compared to last year.

Singapore is followed by New Zealand in second place and Hong Kong in third within a top 10 which spans multiple continents.

The GCC states dominate the top 10 Doing Business spots regionally this year, with the UAE ranked first followed by Saudi Arabia in second and Qatar, third. But breaking the Gulf’s stride is Tunisia, which features in fifth place ahead of Oman, while Morocco, Lebanon and Malta (also included here under the MENA umbrella) find their places alongside the six GCC countries.

Morocco, in fact, ranks top amongst its regional counterparts for starting a business, despite a seven-place drop globally, compared to 2014 when it ranked 47th overall for setting up shop.

At the other end of the spectrum, Iraq, Syria and Libya, for obvious reasons, remain relegated to the bottom of the list. Noteworthy, though, is that beleaguered Iraq in fact ranks a respectable third in the region in two categories: dealing with construction permits and getting electricity. It comes as little consolation given the country’s current state of crisis, but Syria, too, scores highly—somewhat ironically—in protecting minority investors, ranking joint fifth in the region.

While the UAE holds the number one spot for doing business in MENA, it has actually slid on the global scale from 49th in 2014, to 58th this year. On the count of starting a business, the Emirates has dropped nine places compared to last year, while resolving insolvency also appears to have become tougher, with the country falling four places on that front. Meanwhile, regionally, it ranks 12th out of 20 for enforcing contracts. Still, on all other counts, the country excels next to its Arab counterparts, occupying first place in six out of the 10 categories.

Tunisia is the first non-GCC state to make an appearance on this year’s Doing Business ranking—and a healthy one at that, despite a four place drop from last year on the global stage. Unlike the UAE, enforcing contracts and resolving insolvency appear to be the North African country’s forte, while the paying taxes category earns Tunisia its lowest ranking of 14th out of 20.

While landing below mid-table in the regional lineup, Egypt has risen one place on the global ranking compared to 2014, and is the easiest country in MENA for obtaining credit, according to the research. Starting a business is apparently relatively straightforward too, with the country ranked fourth—one place ahead of Jordan and one place behind Iran. Egypt lands in 18th place, however, where enforcing contracts and paying taxes are concerned.