Actress Olivia Munn On Why She Invested In Uber At A $1.5 Billion Valuation 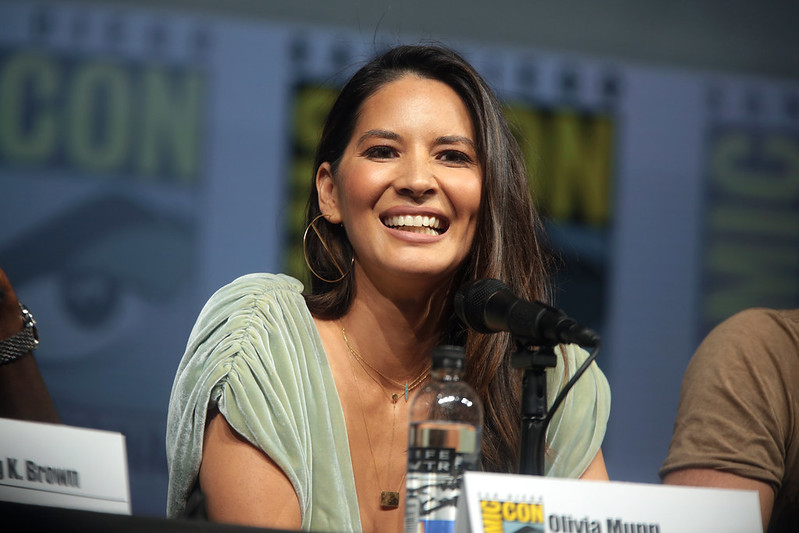 You may know journalist and actress Olivia Munn for her roles as a correspondent on Comedy Central’s Daily Show or her appearances in blockbusters like Iron Man: 2 and X-Men: Apocalypse. But do you know Olivia Munn the investor?

At Forbes’ inaugural Under 30 Summit in Detroit, Munn revealed a new side that should open many eyes. Not only is she an active investor, but her first deal was an absolute home run.

Munn invested in ride-sharing giant Uber Technologies at a $1.5 billion valuation when it was a private company and early in its growth. Uber went public this May, listing its shares on the New York Stock Exchange, and the transportation company now trades at a $55 billion market capitalization.

“When Uber was brought to me I didn’t know what it was,” Munn told Forbes editor Steve Bertoni in front of a packed audience in the Jack White Theater at Detroit’s restored Masonic Temple. “I like to go towards brands I feel are disruptive or are creating a new space,” Munn said, and she’s willing to underwrite unique products and company missions.

The keynote panel, titled The Secret (Investing) Life Of Olivia Munn, also explored a trend of celebrities becoming investors and taking ownership positions in their own creative projects. It’s partly about trend-spotting: “If I can find a need in [a company or its products], I will invest,” Munn said, referring to her investments in private companies like dog-walking app Wag–she has two rescue dogs and is a user–or Skinny Dip Almonds.

Munn is also willing to jump on trends she spots in her own networks. For instance, she doesn’t drink coffee, but she’s an investor in Bulletproof Coffee, which sells coffee with butter in it for people on the Keto diet. “I knew it was good because so many people In Los Angeles who I didn’t think cared about this stuff were doing it,” Munn said.

With the rise of social media, athletes and celebrities now have far more power to effect change, and it’s leading to them taking ownership stakes in their work, Munn said. “When you get to have more of an ownership in what you put your face and brand on, the more comfortable you get.” As an investor who becomes actively involved in the companies in her portfolio, Munn says the challenge isn’t hitting on a number of small ideas, it’s about “aiming high and hitting.”

At Wag, recently valued by SoftBank for a reported $350 million pre-money valuation, Munn isn’t just an investor, she’s a creative strategist working directly with new CEO Hillary Schneider to build its brand. Munn actively sought out another investment, Vital Proteins, due to her conviction in collagen-based products and is an active spokesperson for the innovation.

As an investor, ideas don’t always go on script.

Munn said her second investment was a total loss. Black Jet, an on-demand private jet service backed by Uber cofounder Garrett Camp, was grounded and shuttered in 2016 when its business model didn’t materialize. That failure, Munn said, was all about poor execution and a team that didn’t have the skills to implement their strategy. Even home run investment Uber wasn’t a smooth ride.

Cofounder Travis Kalanick oversaw a growing unicorn with big MeToo problems and an unsustainable corporate culture. Munn thought about selling her Uber shares but is holding on while new CEO Dara Khosrowshahi works to build new culture. “There was a cleaning up that was going on,” Munn said of Kalanick’s ouster. “That’s why I didn’t sell.”