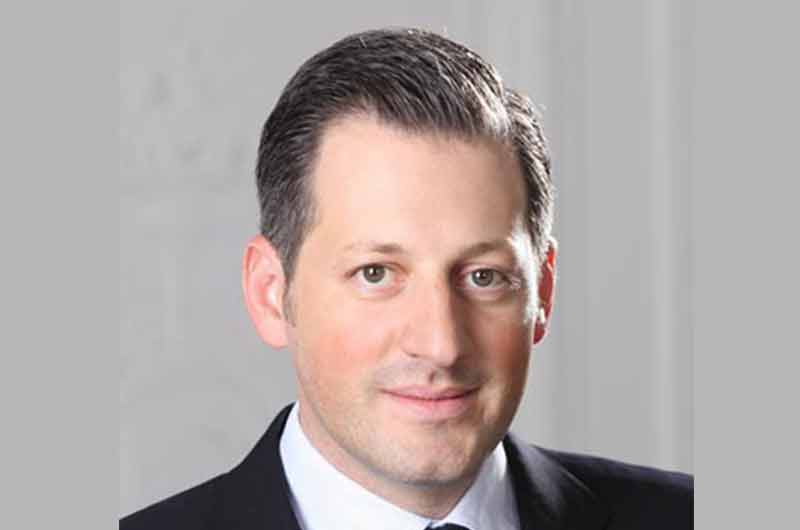 Clean-cut and dressed in a sharp suit, Boris Collardi is unashamedly corporate, if a little hard to place: Italian surname, a forename that points to Russia and seemingly-French accent can leave people guessing. His fresh, and as it turns out, Swiss, face belies a night flight from London to Dubai. As CEO of Swiss private banking firm, Julius Baer Group, battling jet lag has become something of a knack—and it’s a good job. As Julius Baer’s integration of Merrill Lynch’s International Wealth Management (IWM) heads towards the finish line, a global strategy that’s clocking up the air miles is just warming up.

Financial fingers are crossed that the acquisition that Collardi claims is the largest of the decade for his industry, pays off. At an estimated total cost of CHF435 million ($361 million), the stakes are high. But the 40-year-old CEO, whose Zurich-based firm now employs 5,557 staff and handles assets under management of more than $278 billion, isn’t fazed.

The group’s principal operating company, Bank Julius Baer, has 125 years of experience to draw upon, and taking over the non-US wealth business of Merrill Lynch (Bank of America) is the next logical step, according to Collardi. “For us it’s great because it takes us to the next level,” says the head of the former family business now listed on the SIX Swiss Exchange.

The IWM integration, which began on 1st February 2013, is now, as Collardi puts it, “in the final straights” and on completion in the first half of this year, will extend Julius Baer’s presence to 50 locations across more than 25 countries, including India. Already, 18 IWM locations have entered the transfer process across Europe, Latin America and Asia, while Bahrain and Lebanon add to Julius Baer’s current Dubai and Abu Dhabi presence.

Moody’s agrees. The credit ratings firm affords Collardi’s group, which forms part of the Swiss Market Index of the 20 largest and most liquid stocks, a solid A1 rating. With credit raters satisfied, the CEO, who assumed his role six years ago after joining the group in 2006, has cause to be optimistic as he ploughs on with his international strategy.

As Julius Baer’s footprint grows, so too do its assets. By mid-July last year, CHF 46.6 billion ($48.9 billion) of assets under management (AuM) had been booked—and paid for—on the Julius Baer platform, accounting for 1.2% of booked assets. According to a report from New World Wealth, Julius Baer is the world’s tenth largest private bank by AuM, behind Barclays Wealth. Swiss bank, UBS, tops the list globally, while BNP clinches first place in terms of AuM in the Middle East, with $12.1 billion.

With a healthy asset base and a rising international profile, Julius Baer’s Merrill Lynch acquisition seems to have been a smart move—but it’s not the first. IWM might be the headline stealer, but acquisition is not a new phenomenon for Collardi’s group. Since 2005, for example, Julius Baer has taken over SBC Wealth Management Group which houses three private Swiss banks, along with ING Switzerland, and an 80% share in Brazilian wealth management firm, GPS.

Now, with an acquisition spree coming to a close, the CEO, who spent 12 years at Citibank, is taking a breather from takeovers, instead focusing on “strategies of development” in a changing industry that, he says, has space for one more player.

The global financial crisis is old news, but even banks “too big to fail” are thirsty for capital—nobody wants to rescue banks anymore—and consolidation is still the order of the day, with firms either refocusing or exiting wealth management. “The days where you can run a universal bank and do a bit of everything and then leverage your balance sheet 50 times are finito,” insists Collardi. “We believe in the world today, amongst the top 10, there is space for one more player which has a different DNA.”

Unlike many of its private banking counterparts, the group is both public and independent, but the chief stresses that Julius Baer hasn’t lost its private edge. “We’re accountable to the market…but at the same time, we have the characteristics of those private partnerships,” says the man who entered banking almost by default.

“In Switzerland you don’t have a lot of choices when you come out of school: you go into financial services, you go to make chocolate, or you go to the watch industry!” he laughs. A degree from Lausanne’s IMD business school essentially sealed the deal and set Collardi off on a long and lucrative career—his pay packet stood at $6.69 million in 2013.

But it isn’t just money and longevity that make for success. Global player, local knowledge: the potent combination is as crucial to Julius Baer as any corporation seeking to break new territory. According to Collardi, the majority of his international team is hired locally with very few transfers made from Switzerland. “Banking holidays are over!” he remarks.

And local know-how fosters local competencies. ‘Pure banking’ is the Julius Baer motto, but there’s more to it than that: a matrix of geographies means developing the right products. Starting its international campaign in Asia, Julius Baer began brainstorming product capabilities that could entice investors from outside. The result: in 2010, the group became the first bank in Switzerland to offer Renminbi cash accounts.

Asia remains key for the CEO who spent five years in Singapore, but the Middle East is now vying for its place. The World Wealth Report 2014 from consulting firm, Capgemini and the Royal Bank of Canada, reveals that global investable wealth reached $52.62 trillion in 2013, with the Middle East accounting for $2.1 trillion.

Although the report indicates that the region’s HNWI community stood at 600,000 individuals in 2013, which is modest compared to other locations, the figure represents a 16% increase on 2012—one of the highest regional growth rates—and the Middle East’s investable wealth is expected to grow 6.6% by 2016.

As wealth rises, Collardi is ready. A license from Dubai International Financial Centre secured the group’s Middle Eastern foothold in 2004. Now, the region’s significance to the Swiss bank is rising. While the exact figure remains under wraps, the banker indicates that the region accounts for close to 10% of the group’s assets under management. “We are starting to see very good momentum in our business here,” he says.

With momentum swinging, the next stop is Saudi Arabia. In a country that Collardi describes as “over-banked,” the barriers to entry are high and the chief exec admits he’s yet to find the right formula. Through experience, he has, however, found out what doesn’t make the cut. “We know we’re not going to send two or three Swiss guys and it’s going to work!”

Instead, pointing to Brazil’s GPS, now under Julius Baer’s wing, Collardi is hoping history can repeat itself. “If you are a company in Brazil, you look for an international network and that’s what they got from Julius Baer. That’s how we’re going to try and crack Saudi at some stage.”

But history repeating can also be a challenge—and an inevitable one, according to the CEO, where financial market downturns are concerned. “It’s just a question of whether it’s now, and what the trigger will be,” he forewarns. Still, sentiment is on the up across the GCC; there has been a banking cleanup since 2008, banks are lending again, investments are flowing, and, says Collardi, “everybody is under the impression that prices tomorrow will be better than today.”

While banks focus on the here and now at their peril, the region is riding a wave of renewed growth. “In the short term, everyone wants to be in a good mood so the party may go on for a while!” he smiles.

Outside the Middle East, there is no letup: market volatility, changing investor appetite, overhaul of Swiss private banking and regulatory pressures counting amongst the difficulties. “If today you wanted to give me a pen as a present, I need to report it and we will have a policy for that,” he remarks wryly. But despite the obstacles, Julius Baer is on track to complete its Merrill Lynch transaction, at which point, Collardi intends to let his group “lie down and digest”—a rare admission in the cut-throat corporate world. “The focus now is on the quality of advice—the basics you want to get right for clients,” he says.

But with a plethora of new locations, those “basics” are extending much further. With only the surface scratched in China, vast potential in India, and a surge in Middle Eastern activity with Islamic offerings also reportedly in the pipeline, Collardi will likely rack up air miles to rival his bank balance before the year-end.

Julius Baer still has a way to go in stamping its international seal, and as history attests, little can be taken for granted but life is also full of surprises. “If you asked me eight years ago ‘can you believe that Julius Baer one day will buy Merrill Lynch International?’ I would say, ‘that’s impossible,’” smiles the CEO. As Boris Collardi takes to the skies, the future is nothing if not unpredictable.