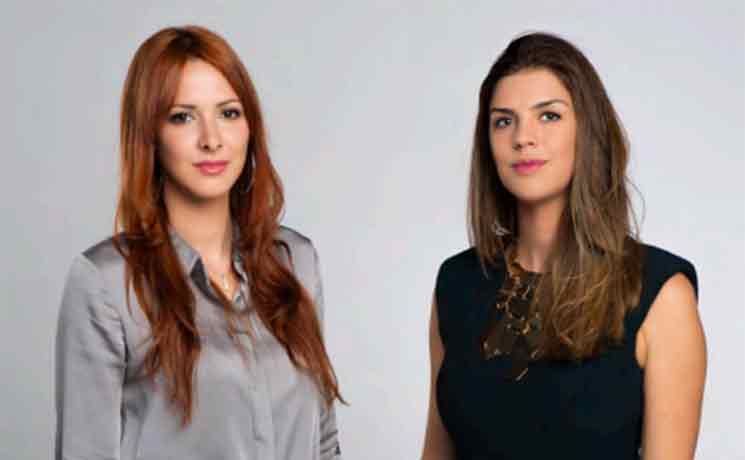 American writer Greg Easterbrook once reckoned you can torture numbers and they will confess to anything. Of course he’s correct, yet the available data on the tech gender gap is undeniable and points to an abysmally low level of female participation in the burgeoning sector. A 2013 study conducted by Startup Compass, a Californian research firm specializing in analysis of the tech industry, revealed that just 10% of worldwide Internet startup entrepreneurs are women. But, while women are conspicuous in their absence, for those who view tech ventures as a male domain, it could be time to think again.

Though fewer in number, research by Google shows women-led tech companies achieve 35% higher return on investment, and, when venture-backed, bring in 12% more revenue than male-owned tech companies. The same 2014 study by the search giant revealed women are highly efficient with capital, running companies on two-thirds the funds of their male counterparts.

Against this backdrop it is rather mystifying to find gender diversity across the Silicon Valley tech titans so tremendously lopsided, particularly when the Middle East, a region fraught with perceptions of gender inequality, boasts a tech startup scene with a healthier 35% female presence. Publicly released employment data that emerged in August showed that the teams at Google, Apple, Facebook and Twitter are each approximately 70% male versus 30% female. Yahoo, with CEO Marissa Meyer at the helm since 2012, tips the scales 60/40 in favor of men.

As an Egyptian residing in the US, Rana el Kaliouby, co-founder of tech firm Affectiva, straddles both worlds. For her, there are two sides to gender imbalance in the STEM (science, technology, engineering and math) fields. On the one hand, yes, she acknowledges a lack of female role models as she set off on her entrepreneurial journey five years ago. On the other, el Kaliouby believes, and she tells this to her daughter, it’s also an advantage, because you can stand out in an ocean of XY chromosomes.

She should know. El Kaliouby has raised $20m in funding from tier one venture firms such as Kleiner Perkins and Horizon Ventures on the back of Affectiva’s pioneering facial reading software. This highly nuanced technology, developed by el Kaliouby herself, can accurately measure human emotions through interpreting minute facial expressions and is finding exciting—and lucrative—applications in smart wearables and gadgets, gaming, mobile and advertising.

“On my list of challenges in starting a company in technology, being a woman is not in my top 10 or 20,” el Kaliouby insists. “There are a lot more challenges around hiring, finding customers, raising capital. These are the problems at the top of my list and will be at the top of other founders’ lists, whether you’re a woman or a man.”

The Cairo native speaks candidly from her office in Boston, Massachusetts. She sits not far from MIT Media Lab, where she honed the PhD research she had conducted at the University of Cambridge into the beginnings of what is now Affectiva—employer of 35 staff, and with corporate powerhouses like Coca-Cola and Unilever as clients. El Kaliouby admits eyebrows were raised among family and friends—all “very well-educated and open-minded” people—when she veered away from the security of academia into the uncertainty of the startup world. “I was an outlier,” she nods.

“Being out there and showing other women that this is possible and being a mentor is something I care deeply about,” says el Kaliouby. The 36-year-old mother of two is also a United Nations World Ambassador for Women’s Entrepreneur Day, and has graced many of the tech industry’s media rankings of the accomplished and ‘ones to watch.’

El Kaliouby shares a telling anecdote about attending TechWadi’s forum in June of last year, a large annual gathering in Silicon Valley of the best and brightest Arab minds in global tech. It is a mingling of entrepreneurs, luminaries, accelerator networks, VCs and investors, invited by the highly influential nonprofit organization, who are based in San Francisco. “Very smart, very committed, very accomplished people all in one room,” reflects el Kaliouby. “I was humbled to be part of that group.”

She was also apprehensive. The entrepreneur was due to take to the stage as part of a panel discussion titled Arab Women Rising. “I have to say, I thought [the panel] was going to be a disaster,” confesses el Kaliouby, worried disinterested men would make beelines for the exit and evacuate the conference room en masse. Instead, it was one of the most popular sessions of the day. “There was great participation from men, and a very lively debate and dialogue around how we can involve more women in technology and support more women to go out and start their own companies,” says the tech entrepreneur.

TechWadi, with its charter to build bridges between Silicon Valley and the Middle East, is eager to reform what it sees as a misplaced perception problem when it comes to the role of Arab women in the tech startup space. Four of the company's seven board directors are women, including el Kaliouby, who was invited to sit on the board following the June forum. Furthermore, one in three entrepreneurs TechWadi selects to accelerate in Silicon Valley is female.

“I believe this is the golden age of Arab women leadership, especially in tech,” effuses Dr Ossama Hussanein, who sits as chairman on the TechWadi board. “The quality of startup women founders, their leadership styles, creativity, values and impact is most impressive.” From his home in San Francisco’s Menlo Park, the epicenter of US venture capital, Hussanein reels off a dozen Arab women business leaders and entrepreneurs, and quietly adds: “Almost invariably these women are focused on a double bottom line of value creation and social impact.”

TechWadi has recently thrown its support behind WOMENA, too, a Dubai-based angel network that launched in November last year, made up exclusively of high net worth female investors.

WOMENA co-founder Elissa Freiha, 24, is well-armed with a raft of regional statistics about education, wealth and Arab women, that suggest the angel network, which is invite-only, may be primed for lift off. The pre-screening process will be intensive, claims Freiha, to ensure that angels are suited for membership and ready to make several investments each year. “The average angel investment creates an average of four jobs,” she declares. “If we have 20 angels, all able to make one investment, the impact is huge—not just for the startup, but the economy of a region.”

Freiha, of Emirati-Lebanese origin, says angel networks in the US comprise just 15% women, while that figure falls even lower across Europe. She tells of attending meetings of angel investors in the UAE with her co-founder Chantalle Dumonceaux, where they were consistently two of a mere handful of women in the room. “That can be quite intimidating,” says Freiha. “We want to bridge the gender gap by informing and educating women to be strong investors.”

WOMENA will invest in both male and female led startups, with founders pitching to angels at monthly demo days, confirms the co-founder. “Surprisingly, most of our shortlisted entrepreneurs we have looked at so far have been women, which is fantastic but it wasn’t necessarily a preference for us.”

“Most VC funds and angels are men. And men trust men,” maintains El Hariry, who has recently relocated to her home city of Cairo following a stint in Silicon Valley, where she was heavily networked across the startup scene. “When it comes to accountability and responsibility they think because of the obligations of marriage and kids that women are a risk.”

Freiha is keen to impress that WOMENA should not be interpreted as us against them. And El Hariry, who has participated in prominent San Francisco women's groups Girl Geek Dinners and Girls in Tech, adopts a similar tone. “It’s really important to build women support groups, to highlight the issues and feel that you are not alone. But to solve these problems we need to include men in the conversation.”

Most of all, success stories will break down and shift outdated narratives, says El Hariry. The right initiatives, support structures, talent and desire all seem present in a young, blooming ecosystem. Time is sure to tend the outcome. Thrustful leaders will continue to accelerate change.