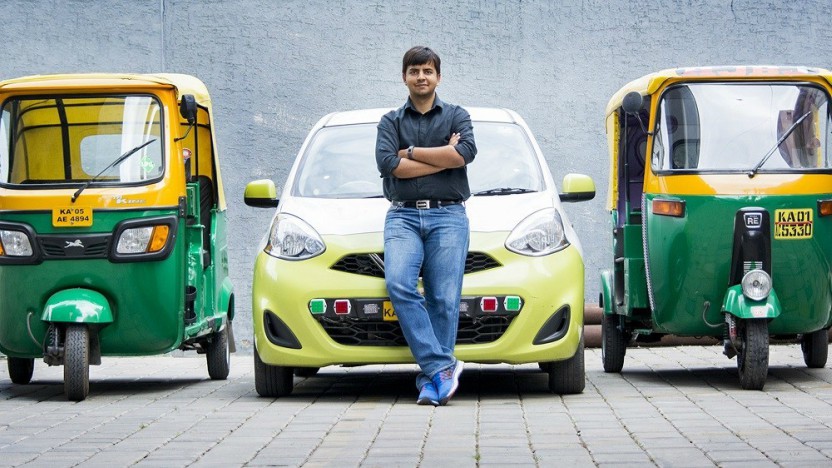 Dubai-based Jabbar Internet Group, which has previously been a part of e-commerce giant Souq.com and Maktoob, was among the investors pumping in funds during a series J round in India-based ride hailing giant Ola.

The latest round had investment from Sweden-based DIG Investment Ab and US-based Deshe Holdings, alongside Jabbar Internet’s founders Samih Toukan and Hussam Khoury, according to business information platform Paper.vc.

The round is part of Ola’s ongoing efforts to raise close to $1 billion. So far, the company has been able to raise around $485 million in funds. It also marks a rare move among individual investors from the Middle East investing directly in India.

But Toukan and Khoury are not alien to India’s startup scene. Jabber Internet Group has invested in arzoo.com, a B2B e-commerce platform in India. The duo is also well known in the Middle East for starting Maktoob.com – one of the earliest entrepreneurial success stories in the region that was later sold to Yahoo. Toukan also cofounded Souq.com, which was picked up by Amazon.

Jabber Internet Group’s presence could be attributed to Ola’s efforts to diversify its current investor base. The ride hailing firm, which is among one of Uber’s rivals in India, counts Softbank, Sequoia Capital, Accel and auto giants Kia Motors and Hyundai among its investors. It also received $100 million in funding from Flipkart founder Sachin Bansal in January this year.

The ongoing efforts to fundraise come amidst reports of Ola trying to fend off Softbank – its largest shareholder – from increasing its stake by pumping in more funds. According to media reports, the Japan-based group has offered to infuse close to $1 billion into Ola, but the founders are keen to retain their control over decision making.

Despite the relative size, ride hailing has become extremely competitive in India as Uber, Ola and Didi all vie for a share. But Ola has managed to stay ahead by expanding in time to new markets, thanks to a steady flow of fresh funding.