Investments To Be Treasured 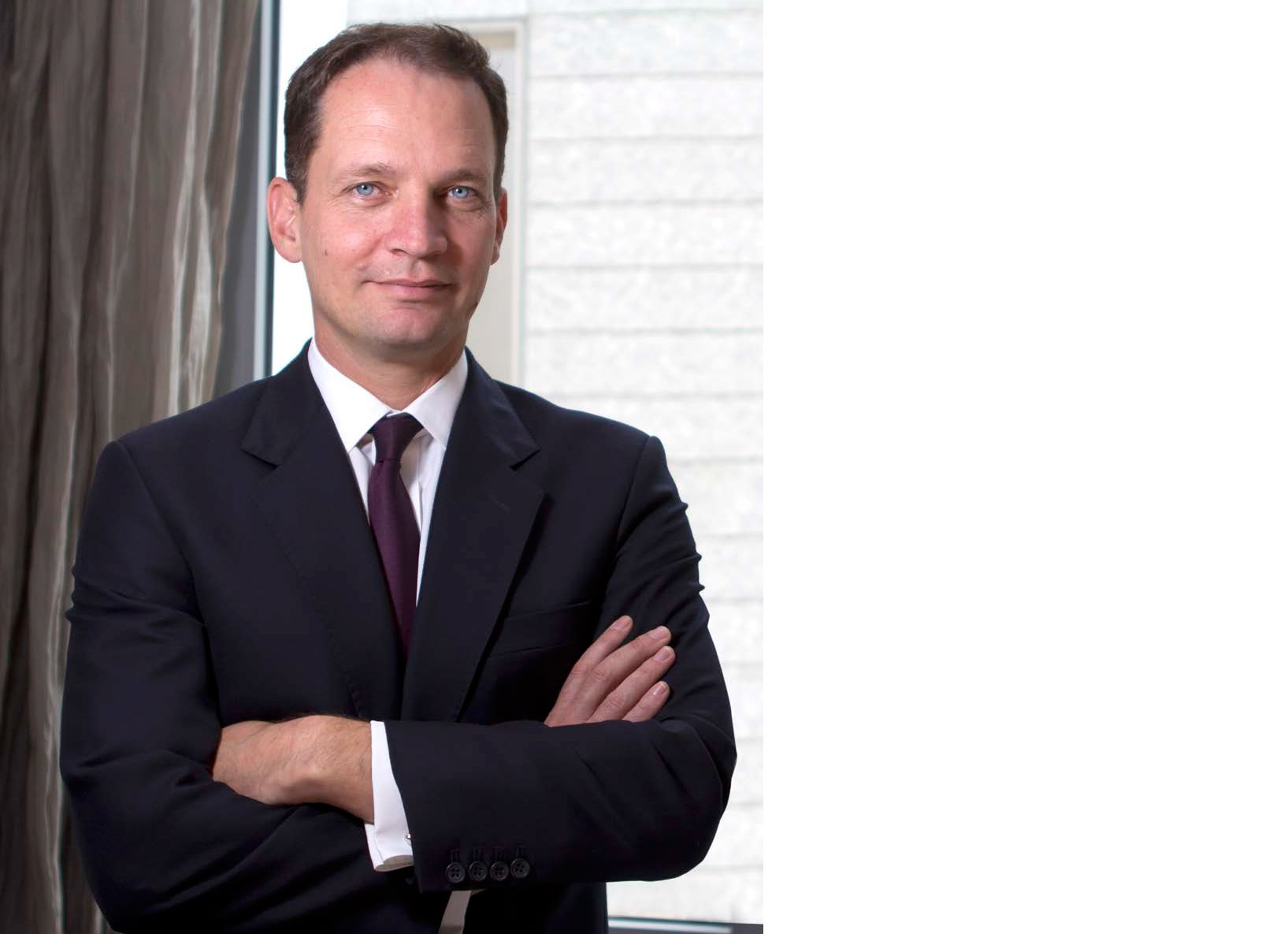 Treasure; the word alone conjures up childhood fantasies of undiscovered caves hiding indescribable riches, and ancient faded maps leading he who dares on a treacherous journey to where X marks the spot. But while for most of us such adventures are confined to the pages of Robert Louis Stevenson’s Treasure Island, for the world’s wealthy, this dream can become a reality. Gone are the days of swashbuckling pirates but, for many affluent individuals, the search for “treasure assets” from works of art and fine tapestries, to precious jewelry and classic cars, is very much alive today. Furthermore, if you can balance your heart with your head, so-called treasure can produce lucrative returns—an appealing prospect given the mistrust and volatility that plague traditional financial markets of late. A Roy Lichtenstein painting sold in 2011 for $40 million having been bought for only $2 million just over a decade before provides one example—albeit to the extreme—of how treasure assets can quite literally pay off.

But for Rory Gilbert, managing director, wealth and investment management at Barclays MENA, financial gain is often outweighed by the emotional return that the world of treasure assets offers the passionate and well-heeled collector. “It’s fundamentally emotional…it’s what moves people, it’s what some of their wealth is actually for…” enthuses the Irishman, and he has some interesting statistics to support his claim. Meeting in Dubai’s financial center, Gilbert is keen to share one of Barclays’ latest reports—the fifteenth volume of the bank’s Wealth Insights series, commissioned in an attempt to understand how clients think—“deconstructing their financial personality”—as he puts it.

Delving into a world where passion meets reason, the report demonstrates that behind every investment is a distinctly human hand. In fact, according to Barclays, topping the list of driving forces behind investment in treasure assets is pure enjoyment. After surveying 2,000 high net worth individuals (HNWIs) across the globe, from Switzerland, to China, to Saudi Arabia, the investigation led by Ledbury Research reveals that on average just 18% of treasure assets are held solely for investment purposes.

But the situation in the Middle East is a little different. Across the three MENA countries surveyed—Saudi Arabia, UAE and Qatar—financial gain counts as the primary motive in an average of 41% of the region’s ‘treasure’ cases, with this ratio standing at 50% in Qatar. This isn’t to say that money is everything in the Arab world of course; motivations linked to culture, social responsibility and enjoyment also rank highly. In the UAE alone, enjoyment is a key motivational factor behind the purchase of three quarters of treasure assets. Moreover, as a region that holds significantly more treasure assets than any other, with figures of 17% in the UAE and 18% in Saudi Arabia, compared to the global average of under 10%, the motivations for investing in assets that appeal to the heart as much as the pocket are as limitless as their price tags.

In addition to enjoyment, Yale lecturer, Dr. Vikram Mansharamani adds high levels of confidence to the reasons behind the Middle East’s taste for treasure, or ‘trophies’ as he calls them. “Economics has often taken a back-seat (but still in the car) to emotions in decision-making regarding trophy assets.  It is not rational to build the world’s tallest building, and usually suggests hubris and overconfidence are in the air.” But despite this, Mansharamani does believe that treasure assets have served a very useful investment function in the Middle East, going part way in meeting the desire to invest as capital markets and financial institutions evolve.

In fact, in the case of the UAE, onlookers should not be fooled by the country’s youth and apparent love of all that is new and shiny. Admittedly, ‘showing off’ ranked highly amongst the motivations for investing in treasure in Saudi Arabia, but while much of the affluence in the region is a relatively recent phenomenon, Gilbert warns that it is a mistake to lose sight of the incredibly rich and long cultural history that the UAE and its Gulf neighbors enjoy—a history that is evident in the investment habits of collectors who through patronage or the building of private collections have preserved national artifacts for future generations.

While there is a distinctly domestic, Middle Eastern flavor to the treasures that appeal to the region’s collectors, Gilbert, who by his own admission is not a collector, is reluctant to single out one to watch. “It doesn’t work that way and it isn’t the reason that people in fact follow their passion to collect” he remarks, pointing to the illiquid nature and highly specific characteristics that accompany one-off paintings, unique first edition books, or bespoke furniture. Nevertheless, Gilbert believes that classic cars will always be an area of interest for collectors from the MENA region, while female clients generally opt for aesthetic collections such as artwork, rugs and especially jewelry.

In fact, jewelry stands out in the Middle East as the most popular ‘treasure’ by far according to Barclays, and is owned by between 79% and 86% of the region’s survey respondents. Moreover, it is not easy to part with; findings reveal that devoted MENA investors demand price increases in the first year following purchase of between 51—100% before contemplating the sale of coveted pieces. For some investors of course, selling is completely out of the question with 44% regarding their treasured investments as priceless, reminding us of the emotional element in the treasure asset equation. And even for the business oriented investor prioritizing financial gain, treasure assets can be rather “sticky”, with investors reluctant to part with their precious possessions despite their best intentions. “That I think represents the emotional premium that people attach to things that move them,” remarks Gilbert.

But for this MENA wealth manager, emotional does not infer illogical. Investing in artwork, a piece of furniture or a set of rare manuscripts can give an emotional return unrivalled by any stock market or dividends return. Illustrating his point, he jokes, “I get literally no financial return from my children, it’s quite the opposite, but the emotional rewards are astonishing.” Though quick to stress that a client’s investment in collectables is clearly not the same, Gilbert does believe that in a small way, similarities can be drawn; for many a passionate investor, treasure assets genuinely make their lives better. “If it has that effect then wonderful, that’s the right thing to do. If it doesn’t have that effect then maybe they’re collecting the wrong thing.”

For Gilbert, lack of expertise and an element of fear have prevented him from pursuing an interest in Persian rugs sparked by his childhood spent in Iran, but he gets vicarious pleasure from the joy that treasure assets give some of his clients. The look on their faces as they present their collections—be it fine art, classic cars or tapestries—says it all, demonstrating that their passion is not just a passing fancy, but truly profound.

For HNWIs across the Middle East and beyond, Gilbert is unwavering in his enthusiasm “if you have a passion that’s fantastic, absolutely go for it, and we’ll find the right people who can support.” But for those seeking purely financial gain he has some very different advice on investing in treasure; quite simply, don’t. Without sufficient expertise—or even with—the volatility and risk involved are high, as are the significant maintenance, insurance and possible tax costs that accompany some of the world’s most coveted treasures.

Adding to the complexities, the concept of ‘inherent value’ is also elusive where traditional valuation methodologies are concerned, explains Mansharamani, adding, “treasure assets are highly vulnerable to emotional swings in investor appetite.”

But in an age where financial markets have become a source of stress and fear, the fantasies of treasure, which captivate the imaginations of child and adult alike, provide a welcome escape from harsh reality. “I think life is about finding the things that you are going to love. Art, jewelry—at one level they are fripperies, but actually they speak to your soul in a way that money and dividends don’t,” claims Gilbert. Over two thousand wealthy individuals have already embarked upon their treasure hunts, with the Middle East leading the way. Maybe it’s time for the rest of us to catch up.