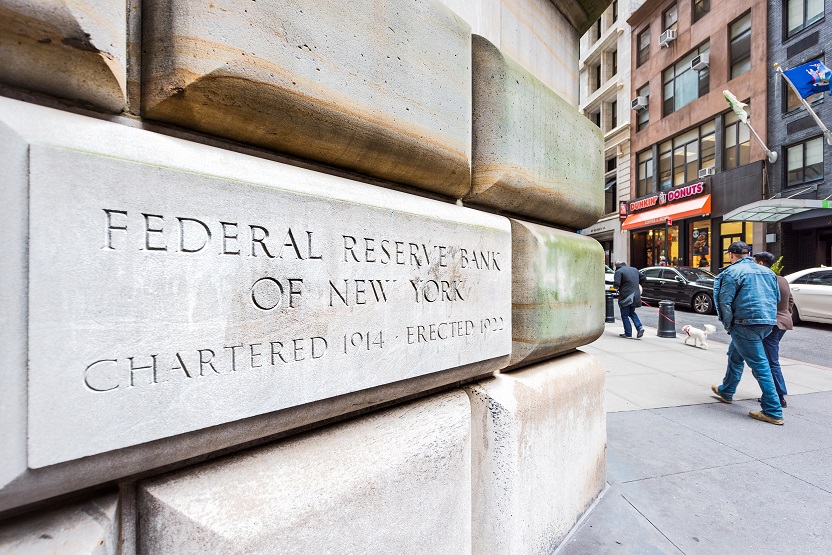 The Federal Reserve spectacularly hinted that it would no longer raise US interest rates in 2019. Image source: Shutterstock

It has been a very eventful conclusion of the month for global financial markets. Many would even be tempted to replace the word “eventful” with “hectic” after world investors got caught in a frenzy of concerns at the end of last week that a global recession is feared to be on its way.

This might be a technical term for those not savvy with financial market lingo, but the US Treasury Yield curve inverted on the final day of trading last week for the first time since 2007. The first thing that might be on your mind upon reading this is “what exactly is the US treasury yield curve and why does this matter to me?” although to be honest few outside of financial markets need to know all the gritty details, but that this is an extremely reliable economic indicator. An inversion of the US Treasury Yield curve has correctly predicted in advance each of the historic recessions in the US.

Therefore, investors are anxiously remembering the time where the US Treasury Yield curve last inverted, which was in 2007 and the world financial crisis that shortly followed, which as we are all aware still impacts our day-to-day lives over 10 years later. Suspicions are now rising that the next global recession could re-approach as early as 2020.

Given the historic accuracy that the inversion of the US Treasury Yield curve has achieved in predicting recessions, it is completely understandable that there is worldwide concern over the latest events. However, we do not need to urgently panic or become extra vigilant as everyday consumers because fear in the market and what impact this can have on our psychology towards consumption can drag any economy into worse shape.

This is exactly what those in the market would refer to as “animal spirits” and we shouldn’t allow our own sentiment and confidence to be impacted by the ongoing headlines around a global recession. If we do allow ourselves to be openly anxious and withhold from spending, this would weigh even further on reduced momentum for the economy.

The timing of the US Treasury Yield curve inversion is one element that was responsible for encouraging an acute reaction from investors. It occurred just hours after a dismal economic release out of Germany re-enforced pessimistic outlooks over the health of the world economy, which has been warned by a multitude of different senior officials from all corners of the globe within the past six months.

It is true that a downturn is on its way if it hasn’t already arrived, but this doesn’t mean we are going to enter a global recession once again. Even the most pessimistic of projections estimate that the world economy will expand above 2% this year. This is still positive GDP growth, whereas GDP growth would need to contract twice in order for it to mean a global recession.

Less than a week ago, the Federal Reserve spectacularly hinted that it would no longer raise US interest rates in 2019. This represented a serious twist for investors to digest, because this pivot in ambition occurred less than three months after it announced its intention to raise US interest rates potentially twice this year.

In hindsight, the twist from the Fed last week has backfired on the central bank if its intentions were to restore sentiment in the market because it has only raised further concerns that the central bank must be worried about something, in order for US interest rates to no longer move higher.

From the Fed’s perspective, no more interest rate increases should install a sense of stability in market sentiment, however it has raised questions that the Fed’s economic forecast models could well be able to see something that is coming—before we are aware of it.

For example, perhaps the Fed were aware of the risk that the US treasury yield curve would invert, which occurred less than 48 hours following the latest interest rate decision.

While the return to calm in the market after a downturn at the end of last week suggests stability, we shouldn’t understate the risks that market sentiment can change very suddenly.

At the moment there has been a steady increase in the valuation of Gold in recent trading sessions. The Yellow Metal has climbed to its highest level since the end of February at $1,324 and the overall trend for Gold remains encouraging for as long as it can keep its head above $1,300.

Market uncertainty has been positive for Gold in the past—don’t rule out the possibility of history repeating itself.