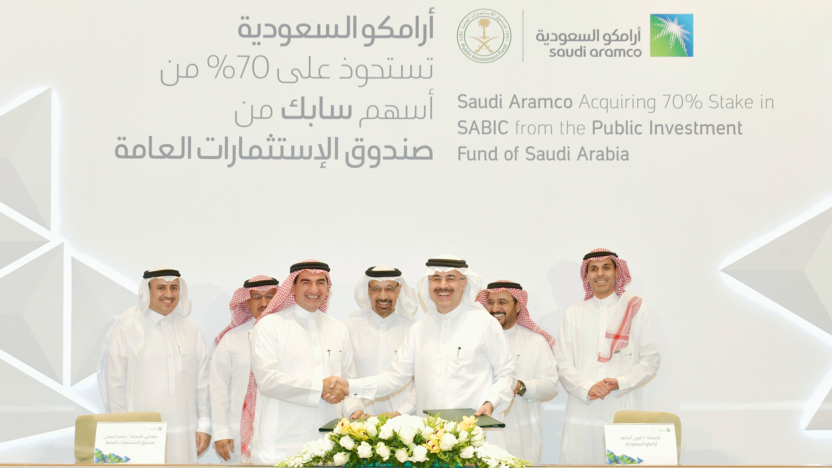 Oil giant Saudi Aramco has announced that it has acquired a 70% stake in petrochemicals firm Saudi Basic Industries Corporation (SABIC) for a sum of $69.1 billion. The deal would reportedly provide a major boost to its Vision 2030 program.

An acquisition of shares in SABIC comes after the Kingdom announced that it would push back a planned IPO of Aramco. The proceeds from the sale of Aramco were to help the government undertake an economic program that would diversify the oil-reliant economy. But the officials had said that it could raise the same level of funds through acquiring a stake in SABIC.

Aramco said that it has no plans to acquire the remaining 30% of shares of SABIC, which are publicly traded.

“This is a win-win-win transaction and a transformational deal for three of Saudi Arabia’s most important economic entities,” says Yasir Othman Al-Rumayyan, Managing Director, Public Investment Fund of Saudi Arabia.

“Furthermore, it will introduce a strategic owner that can add considerable value to SABIC and all its shareholders, while capitalizing on SABIC’s strong capabilities to unlock the opportunities for growth that Saudi Aramco, a key player in energy markets around the world, can offer.”

The company did not say how the deal would be financed though.

A deal with SABIC would also help consolidate the companies’ ambition to become leaders within the downstream industry.