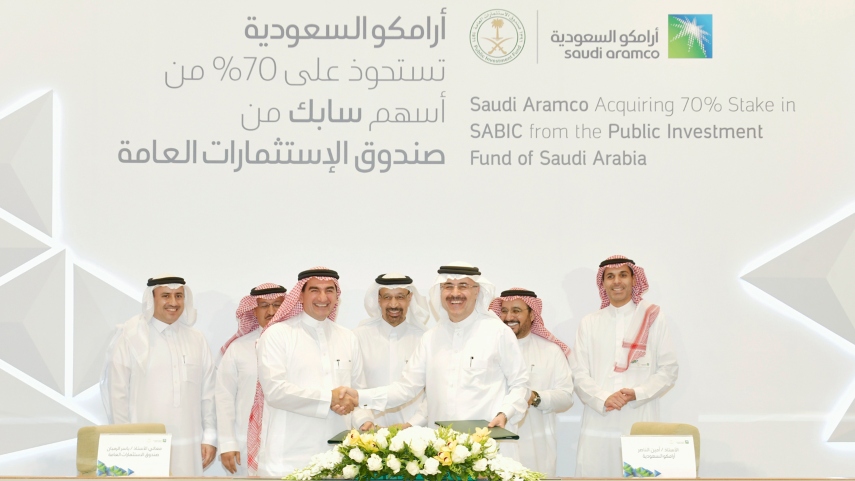 These noteworthy regional acquisitions made headlines in the last decade.

In August 2018, Saudi Aramco announced that it would merge with the Saudi Arabian Basic Industries Company (SABIC) by buying out 70% of the company from the Public Investment Fund (PIF) of Saudi Arabia, the kingdom’s sovereign wealth fund. In March, the kingdom’s state-owned oil company Saudi Aramco, confirmed a purchase price of $69.1 billion for the stake in petrochemicals company, SABIC. The Saudi giant has confirmed it will delay fully paying for the acquisition until September 2025. Under new terms released last month, Aramco will also pay $3 billion in additional costs to PIF in loan charges and promissory notes.

The deal is the cornerstone of Crown Prince Mohamad bin Salman’s economic diversification programme, providing the PIF with liquidity to fund other projects. The merger also provides Aramco with a quick expansion of its chemical business, which it is seeking to develop as part of its downstream strategy. The deal will close in the first half of 2020.

After widespread speculation, in March Uber confirmed its plans to acquire its Middle Eastern rival Careem in a deal worth $3.1 billion. The transaction value is expected to be a record for a Middle Eastern tech startup exit and is among the highest globally for ride-hailing mergers and acquisitions. As part of the deal, Uber will acquire Careem’s mobility, delivery and payments business across the Middle East, which includes operations in Egypt, Jordan, Pakistan, Saudi Arabia and the U.A.E.

After pulling out of major markets like China and selling its business in Southeast Asia to Grab last March, Uber has been seeking new avenues of growth. Now, it is projecting profitability by 2021. Careem has been facing competition from existing local players, as well as Uber itself. While the two are now joining forces, Careem and Uber will operate their respective regional services and independent brands. The transaction is expected to close in Q1 2020.

Adeptio, led by prominent U.A.E. entrepreneur Mohamed Alabbar, agreed to buy a majority stake in Kuwait Food Co. (Americana) from the Kharafis—a wealthy Kuwaiti merchant family—for about $2.4 billion in June 2016. Gulf-based group Adeptio AD Investments met conditions to buy 69% of the Kuwaiti firm and acquired about 268.5 million shares of Americana from Al Khair National for Stocks and Real Estate, at a price of KWD 2.65 per share.