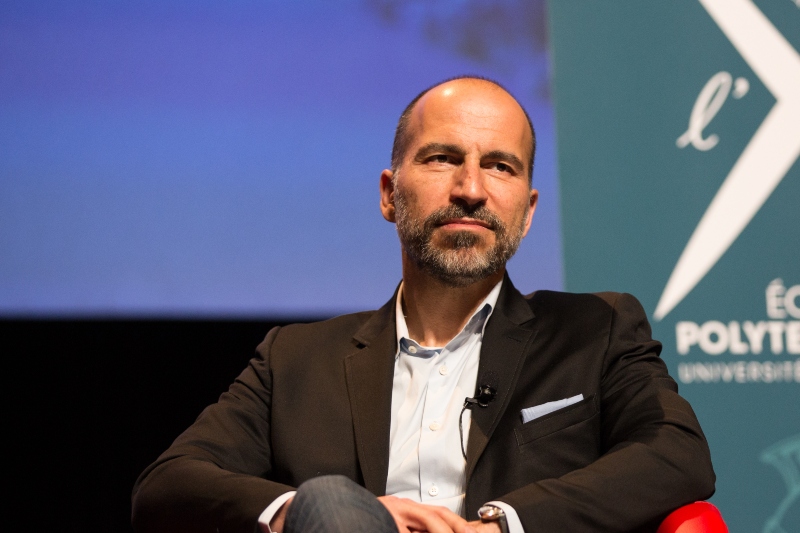 Uber beat analyst estimates on earnings per share and revenue, but it couldn’t assuage public market investors’ concerns after it lost another billion, sending the stock down as much as 7% in after-hours trading late Monday. Uber’s stock is already facing pressure: the company’s stock lockup is expected to lift on Wednesday, allowing employees and early investors to begin selling.

Uber’s revenue grew 30% year-over-year to $3.81 billion for the third quarter, beating analyst estimates of $3.69 billion, according to Refinitiv. Its loss of $0.61 per share was better than analyst expectations of $0.81.

The ride-hailing company continues to lose over a billion a quarter, racking up $1.1 billion in losses, up from $986 million in the same quarter a year ago.

Finding a path to profitability is becoming a key focus for the company. Lyft pulled forward its timeline to profitability by a year, to 2021, sending its stock up 11% last week. On an earnings call with reporters and investors, Uber CEO Dara Khosrowshahi said he also believes Uber will reach profitability on an EBITDA basis for full-year 2021.

The company expects to lose less money in 2019, raising its guidance by $250 million to a loss of $2.8 billion to $2.9 billion for the year. Uber has been working to stem its losses and has laid off over 1,000 employees, or 2% of its workforce, since July.

One area it will have to keep spending money on, however, is Uber Eats, whose revenue rose 64% year-over-year to $645 million. The food delivery business is facing stiff competition from competitors like DoorDash, Grubhub and Postmates. Grubhub’s stock dove 40% last week when it announced lowered guidance and said it had to change its business model. Khosrowshahi said Uber Eats would be focusing on investing in markets where it can be one of the top two players, and pointed to Uber Eats’ withdrawal from South Korea as an example of Uber cutting back when it it needs to.