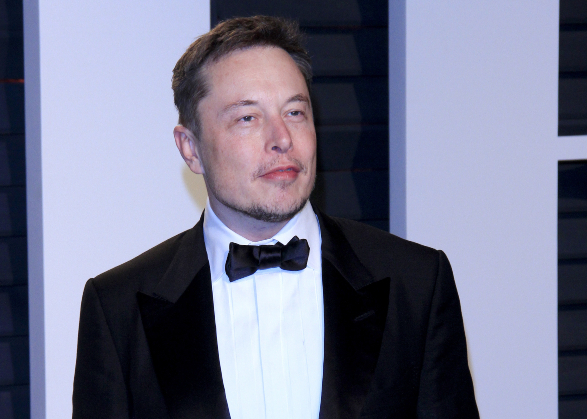 Topline: Tesla’s market valuation hit $100 billion on Tuesday, becoming the first publicly listed U.S. carmaker to do so, and sets CEO Elon Musk on the track to a $346 million payday.

Shares climbed a further 1.4% to $550 in after hours trading. Shares were up 7.2% earlier on Tuesday after bullish analysts New Street Research raised its 12-month price target to $800 based on the Telsa’s performance over the past year.

Tesla’s stock market value will need to remain at the $100 billion level for a one-month and a six-month average period to trigger the first tranche of options that allows Musk to buy additional Tesla shares.

Tesla does not pay Musk a salary or a bonus, but his 2018 compensation package would break all records for executive pay if the electric carmaker’s shares continue to rise and it hits key production targets, according to the Institutional Shareholder Services.

Tesla’s stock has more than doubled over the past three months and, just before Christmas, reached $420 a share, the price at which Musk infamously suggested that he would take the company private.

Key background: Musk currently owns a fifth of the company, or 34 million shares, and could gain a further 20 million if all of his options vest, Reuters reported. Tesla’s remarkable gains—80% over the past 12 months—has costs investors shorting its stock billions. Tesla surpassed General Motors’ valuation to become the most valuable carmaker in the U.S. and is now worth more than GM and Ford combined, after a turbulent year in which Musk clashed again with the SEC, appeared to fix production issues at Tesla’s California plants, and helped the company overcome a major cash crunch.

What to watch for: Tesla’s fourth-quarter results on January 29.