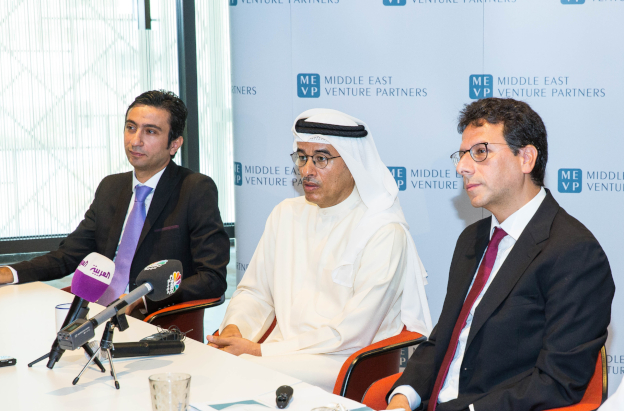 Dubai-based investment firm Middle Eastern Venture Partners (MEVP) will close its third regional fund by the end of April, with commitments worth $250 million, according to a senior executive at the fund.

Walid Mansour, partner and chief investment officer at MEVP, told Forbes Middle East that the fund would aim to invest in series B round sor above in the Middle East across technology companies.

MEVP’s third fund - dubbed the Middle East Venture Fund III (MEVFIII) - was first launched in 2017 with a target size of $250 million . At that time,  Emirati tycoon and Chairman of Emaar Properties, Mohamed Alabbar, acquired a large stake in the company. MEVP also received commitments from some high-profile investors such as Bahrain’s Al Waha Fund, which committed up to $10 million last September.  In February, the VC firm bagged $65 million in a funding round, bringing it closer to its final target size.

Mansour hopes to close the fund by the end of April or beginning of May. “Finalization of our third fund and closing of it is a big milestone for us,” says the executive.

MEVP, which manages assets worth $300 million in the region, is eyeing investments in areas such as consumer internet, ecommerce enablers, financial technologies, the internet of things, connected devices, machine learning and artificial intelligence. Mansour says the fund will “double down” on investments in these sectors. However, he did not specify any targets.

The company has invested in more than 43 portfolio companies across MENA and Turkey, including the Luxury Closest, Eat App, and Sarwa. MEVP was ranked number two in Forbes Middle East’s list of the Top 50 Most Active Investors 2018.

As its return on investments matures, Mansour said that MEVP would be exiting from a few ventures in the coming months. “We are doing two exits this year…one is going to be a fashion marketplace and one is going to be software as a service company.”

The venture capital firm is also diversifying geographically. It recently opened a Bahrain office and is looking to expand its presence in Saudi Arabia. Currently MEVP has offices in Beirut and Dubai as well in addition to the Kingdom and Bahrain.

But despite ongoing expansion and diversification, Mansour says that the Middle East has the potential for more investments.

“We do not have enough venture capital money, given the task at hand. The market is very large and there is not enough VC money. However, we have seen in the past that there are many new fund managers- first time fund managers - come into the market. That is an indication of the appetite within the sector. This is a good sign.”