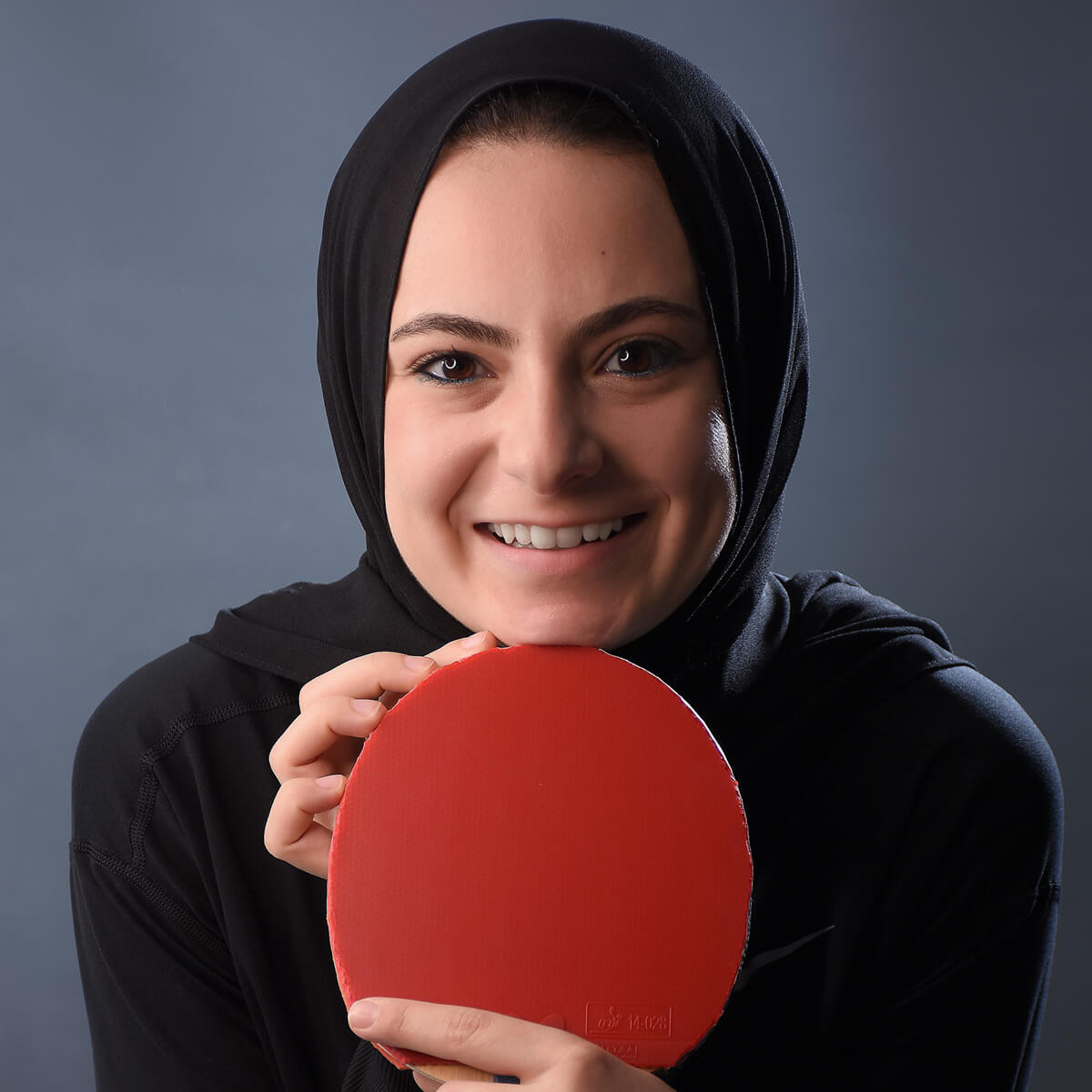 Meshref comes from a family of table tennis players. Both her parents were national champions. She won her first African Cup title in 2011 before claiming seven consecutive titles between 2014 and 2020. She won her latest African title in September 2022, climbing 21 spots in the table tennis world ranking to reach the rank of 29. Meshref was a gold medalist in women’s singles at the 2018 Mediterranean Games and a gold medalist in women’s teams at the 2022 Mediterranean Games.